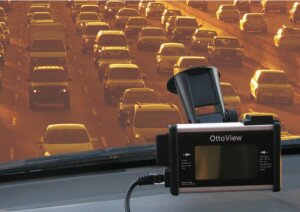 What would you say to an idea that could help tackle urban congestion, cut greenhouse gases, save drivers hundreds of dollars a year, and wouldn’t involve spending a dime on new infrastructure?

Summerhill Impact, a not-for-profit organization dedicated to engaging the public on environment- and health-related programs, tested such a concept as part of its Shuttle Challenge.

This pilot project, co-funded by TAF, encouraged participants to drive better and drive less: drivers were given tips to reduce their total number of car trips and their fuel consumption for the trips they did take.

The participants’ performance was then monitored with in-car data loggers and compared to their baseline driving behaviour.

The results were encouraging: 57% of the 500+ participants were able to reduce their total kilometres driven and their total fuel consumption by 10% or more. The average levels of reduction achieved would lead to an annual fuel cost savings of over $300 per driver, based on the gas prices around the time of the pilot. Scaled up to a nationwide level, a 10% reduction would eliminate about 8.7 megatonnes of greenhouse gases emissions each year – the equivalent of taking over 1.8 million cars off the road.

Other key findings from the final report include:

The Ontario Ministry of the Environment and Climate Change has recognized the success of the Shuttle Challenge with an Honourable Mention for the 2013 Minister’s Award for Environmental Excellence, awarded in late January 2015.

There are promising opportunities to build on this success – such as expanding the program and exploring potential partnerships with corporate commuter programs and usage-based insurance schemes.

There’s no doubt that strategic infrastructure funding is still desperately needed to tackle our ever-mounting congestion problems.  However, if the Shuttle model can be scaled up successfully, it may offer a quick, powerful, and low-cost complement to these investments.