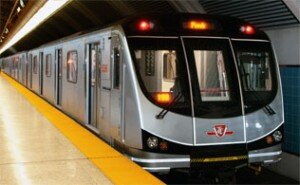 In the immediate aftermath of the provincial election, Move the GTHA wrote an open letter to Premier Kathleen Wynne. As a group, we wanted to extend our congratulations to the Premier for her party’s victory and for the support that victory represents for the Liberal’s strong position on building and improving transportation networks in the Greater Toronto and Hamilton Area (GTHA).

As David Suzuki and Faisal Moola point out in their excellent op-ed (Wynne’s victory sent a message: It’s time to get moving on transit), Premier Wynne’s commitment to transit is bold and visionary. The Liberal plan is to spend $15 billion over 10 years on extending public transit systems, building infrastructure to support active transportation, and improving GO transit service in the GTHA.

Rolling out these projects will help alleviate gridlock and congestion so severe it represents $6 billion a year in lost productivity; it will help address chronic health issues such as physical inactivity and obesity, estimated to cost the GTHA $4 billion a year; it will be key to generating a sense of community and integration by connecting people more directly with the downtown core in Canada’s biggest city.

In our letter to the Premier, we stressed the need for immediate service improvements to build public confidence that overhauling the transit system can be accomplished within a reasonable time frame. We also requested that new revenue streams, earmarked explicitly for transit investment, be sought.

The fact is that what the Liberals have promised has fallen short of what Metrolinx, in The Big Move, has said is needed, which is a 25-year GTHA transportation plan, estimated to cost $50 billion. The Premier leads a majority government and she can use that position of strength to take on The Big Move. Reducing greenhouse gas emissions is essential to addressing global warming, the single biggest crisis we all face. The Premier must continue on her bold course, and must be willing to fully embrace this challenge if we are to live in a sustainable city within our environmental means.

2 Responses to Good transit systems are key to sustainability