The Good, the Bad and the Ugly: Ontario’s New Natural Gas Conservation Framework 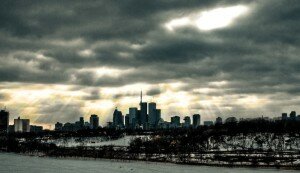 On December 22, 2014, the Ontario Energy Board (OEB) quietly issued a new regulatory framework to govern natural gas conservation programs for the next six years.

That’s because natural gas used for heating (i.e. excluding gas used for electricity generation) accounts for 30% of province-wide GHG emissions and 35% of Toronto’s emissions.  While province-wide GHG emissions from electricity have already fallen significantly (by 43% compared to 1990 levels), due to the phase out of coal-fired power plants combined with conservation, natural gas emissions have actually increased.

A new gas conservation framework was required both because the old framework expired on December 31st, but also because the Ontario Minister of Energy had directed the OEB to develop a new framework consistent with the Province’s Conservation First energy policy.

We provided our research directly to the OEB as well as to a variety of stakeholders, and it was cited prominently by several organizations in their formal responses to the draft framework floated by the OEB last fall, as well as forming the basis of TAF’s own response to the draft.

The new gas conservation framework is a significant step forward both compared to the last framework as well as the draft version floated in the September. However, it still falls well short of the Minister’s directive to enable achievement of all cost effective conservation.

Here are the key points:

The Good: Increased budgets and recognition of environmental benefits

Under the old framework, the province-wide budget for gas conservation programs was capped at $65M in 2014.

TAF and a number of other stakeholders recommended a budget cap of at least $200M/annum, based on a review of gas conservation budgets in leading cold weather jurisdictions across the continent. The final framework includes a $135M annual budget cap. While this is substantially below what we had recommended, it more than doubles the budget provided under the old framework.

The Bad: Weakened incentives for gas utilities to engage in conservation

Ontario’s gas distribution utilities are responsible for designing and delivering the gas conservation programs. This leverages their existing relationship with gas consumers (their customers), and their technical knowledge of where, when and how natural gas is used. There is, of course, an inherent conflict of interest here, since the utilities profit from distributing natural gas, so reducing gas use is at odds with their business model. So to ensure the utilities are motivated to achieve conservation objectives, they are provided with financial incentives based on the success of their conservation programs.

Unfortunately, the OEB has decided to freeze these shareholder incentives at the same level provided in the 2012-14 framework, without adjusting for inflation. That means that in real terms, the incentives for the utilities to achieve and exceed their conservation targets will grow weaker with each passing year, even as the performance requirements for receiving the full incentives get stricter.

Large volume industrial consumers account for about 25% of province-wide natural gas consumption and emissions (although this is not the case within the City of Toronto, where there is relatively little major industrial activity taking place). Some stakeholders argued that since these large volume consumers had a strong business incentive to improve efficiency (to reduce operating costs), conservation programs in this sector were redundant.

We disagreed, arguing that there was strong value in continued investment in well-designed programs for the industrial sector. However the new framework essentially bans the provision of conservation programs for large volume consumers, except for the opportunity for these customers to purchase conservation advice from the utilities on a fee-for-service basis.

The bottom line? While the province’s new DSM framework will allow for a much needed increase in spending on natural gas conservation programs, there is still a long way to go in realizing the Province’s commitment to achieving all cost-effective conservation. For example, according to the Ontario Clean
Air Alliance, the new framework “flies in the face of the Ontario Government’s smart and sensible Conservation First policy.” The question is, why the resistance to taking advantage of energy conservation – the cheapest, fastest way to free up energy and reduce carbon emissions?