Telling the truth on transit 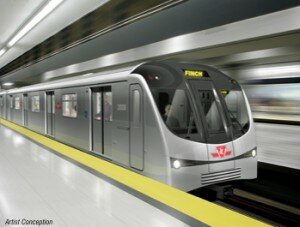 The recently convened Transit Investment Strategy Advisory Panel, under the leadership of Anne Golden and Paul Bedford, made its first public statement on Monday. The group lays out six contentious points in the ongoing debate about how to fund The Big Move – the Metrolinx regional transit plan.

The panel’s role is to review — yes, again — the funding mechanisms for The Big Move provided by Metrolinx earlier this year and to consult — again — with the public on ways to move this beast of an issue forward.

The points they make in the first paper show what a big challenge the panel is facing. It won’t be easy to fully engage the public in a meaningful and honest review of this important issue. As their paper indicates, the debate around transit expansion in the GTHA could use a good shake. We need to shake off the old thinking about surface transit, and stop assuming that it’s inferior to subways; we need to shake off the idea that we can create an integrated, cost-effective regional transit system through a series of highly politicized local decisions; and we need to shake off the illusion that we can offset 20 years of inadequate transit investment without raising new revenue sources.

The short paper is one of three the panel plans to provide – the second one will focus on “The Transit We Need” and the third on “How we Pay for Transit Expansion.”

Read the text here to understand the panel’s views on how to re-calibrate some common misconceptions.

This entry was posted in Transportation and tagged The Big Move, transit, transportation. Bookmark the permalink.